These premises are under video surveillance.
Convenience stores post this no nonsense warning at their front doors. Banks who display a height chart at their exit door are indirectly issuing the same warning.
This conversation may be recorded for training purposes.

Most if not all companies and utilities issue this warning before connecting a customer to a representative.
Surveillance is a given these days. In most cases the camera warnings are intended to warn the “bad guys”, and the recording notice is for “the rest of us.” The majority of people take these messages as givens and the concept rarely registers. A few however will protest that to record the conversation is unconstitutional and violates their rights under the Fourth Amendment: “The right of the people to be secure in their persons, houses, papers, and effects, against unreasonable searches and seizures, shall not be violated, and no Warrants shall issue, but upon probable cause, supported by Oath or affirmation, and particularly describing the place to be searched, and the persons or things to be seized.”
This provision was ratified by Congress and added to the U.S. Constitution on December 15, 1791. Over the years, its scope has been the target of arguments and interpretations in courts high and low all the way up to The Supreme Court. But two hundred and ten years later the events of one day, September 11, 2001 blunted resistance to surveillance literally over night.
It’s hard to venture out in 2011 without your presence being documented on someone’s surveillance tape. Airports, parking garages, parking lots, building lobbies and elevators, stores of every kind, hospitals, parks, you name it, cameras are in use. Washington DC, among other locales, is in the midst of creating a city wide surveillance system, consolidating and integrating more than 5,000 cameras already deployed independently by multiple district entities. When completed nearly 5.6 million people will be monitored daily.
The post-9/11 era has provided fertile ground for the development of more sophisticated, more affordable systems. The sales of IP video surveillance systems are on the rise. IMS Research reports that 2010 sales grew by 10% over the previous year with the market for IP Cameras growing almost three times as fast as the total surveillance market.
Yet let us not forget that while this shift in our sensitivity has been cultural, it has not been legal. One question needs to be asked. In our heightened vigilance against terrorism and crime, are we undermining privacy rights? Are we out and out breaking the law? Systems integrators need to stop and think about this as well.
Audio recordings fall under the Electronic Communications Privacy Act of 1986. The ECPA is an amendment to Title lll of the Omnibus Crime Control and Safe Streets Act of 1968 (the Wiretap Act) extending restrictions on wiretaps beyond phone calls to include electronic data transmissions. As written, it protects wire, oral, and electronic communications as they are being made, are in transit, or when they are stored on computers. It applies to email, telephone conversations, and data stored electronically.

So how does this apply in the real world? As mentioned before, in most municipalities, if you leave your house you’re going to end up on a video recording somewhere, and that’s that. But any conversation you may be having is still considered private. For the most part, business owners are okay if they display camera warning signs but the same is not true when it comes to audio recording. They can videotape all they want, but they are on thin ice when it comes to audio recording. Federal law permits very few exceptions to the rule. This brings up the question of that taping warning you hear while on hold awaiting customer service. What of it?
State laws cover the recordings of telephone conversations and this is where it becomes complicated. Each state has its own particular wording but it boils down to the need for one party or two party consent. One party consent requires the recording party to inform the other party that she is being recorded. Two party consent goes one step further and requires the recorded party to give consent. Under ether law if a person stays on the line it is implied consent. Thirty eight states and the District of Columbia are one party states while twelve states, California, Connecticut, Florida, Illinois, Maryland, Massachusetts, Michigan, Montana, Nevada, New Hampshire, Pennsylvania, and Washington require both parties to consent.
Audio capability is not a problem if it is not being recorded; for example when a video camera is being used to monitor entrance to a facility. In this scenario an intercom with a call button is located at an electronically locked door. Both the button and the intercom are connected to an IP camera. In most cases the audio is not recorded. You can use a standard web browser (like Internet Explorer) to view and talk to the person at the door or you can use Video Management Software that supports two-way audio. For example, ONSSI offers Ocularis software tying this all together, displaying the video, (recording it if required) as well as allowing the person at the computer to talk to the person at the door. When the button is pushed a signal on a dedicated computer sounds and the video from the entrance camera is displayed on its monitor. After conferring with the visitor via the intercom, the security officer if he so wishes, pushes a release button that unlocks the door.
However the issue is so complex that many manufacturers are loath to even offer audio recording capability. End-users are wise to remember that if they record audio there is the possibility that they may face legal issues and integrators should keep in mind they may be implicated as well. Seeking legal advice beforehand might be a wise precaution.
If you need help with a system that includes audio, just contact us and we will help you define the right system. We can be reached at 914-944-3425 or 1-800-431-1658 (in the USA), or use our contact form.
Posted by Bob Mesnik at 2:51 PM

For the past few years, I have used Security Monitor Pro software for video surveillance. Works perfectly with many different brands of cameras with support for PTZ, remote viewing, and much more.

its great the way Kintronics takes acre of many security related things, such a rapid surveillance prevents many negative and unexpected happenings. in doing so, Meet and Greet Gatwick never stays away than the est and keep things go smooth and your vehicles are always duly checked.

Security is of much importance to each person these days. Surveillance is necessary yet should not be allowed to interrupt anyone's privacy. airport parking gatwick

I get that the camera warning is for the bad guys but why the recording is for the rest of us. The "training purposes" is a bull cover for what they are doing. gatwick parking south terminal

I even have been getting a lot of helpful and informative material in your web site.
how to determine the cash value of life insurance

Your blogs and every other content are thus interesting and helpful it makes me return back again.
http://www.paydayloanexperience.com

THANKS FOR SHARING SUCH A AMAZING WORK
GREAT PIECE OF WORK!!!
Access Control System Companies In Dubai

Many thanks for sharing such incredible knowledge. It's really good for your Website.
The info on your website inspires me greatly. This website I'm bookmarked. Maintain it and thanks again.
I'm really impressed with your writing skills, as smart as the structure of your weblog. 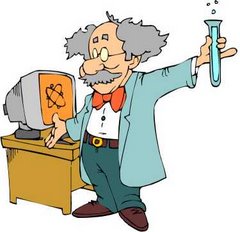 Here's how to do it